One luxury hotel, a huge project and pizza

That’s right, the electrics at the Salcombe Harbour Hotel in Devon and the result, now that it’s almost finished, is absolutely stunning.

Harbour Hotels are well known as one of the finest and most iconic hotel groups in the UK today. When they decided to build a new luxury hotel and spa at Salcombe in Devon they called us in at BVEC to handle all the electrical work and let me tell you, it was sizeable job that kept us on site for nearly two years. In fact, we started even before that making sure that the site itself had power and was ready to go for the main building contractors.

At BVEC, we’re one of the South West’s leading, NICEIC approved, residential and commercial electrical contractors, covering both Devon and Cornwall. We have a reputation for handling things properly and it’s one of the reasons why Harbour Hotels awarded us the Salcombe project.

This venue is a stunning 50 room boutique hotel and luxury spa, located right on the shoreline of the picturesque Salcombe estuary and it is set to become a first class, rural hotel.

In addition to the main guest rooms there are ten self-contained apartments that we worked on from the very beginning. There’s the restaurant, the kitchen, the gym, the treatment room, a function room, the sauna and of course an EV charging point (although there are more on the way).

As well as the electrical wiring systems, we also handled the data networking, the wifi, the external lighting and even the CCTV. But what was amazing about this job is that the client was an absolutely pleasure to work with throughout. When the BVEC team were putting in 20 hrs shifts to meet the all-important deadline, this client sent in pizza for us or laid on a BBQ, just so we didn’t go hungry. When we were there for days on end, they even put us up overnight … they are after all, a hotel.

All round, this was a job well done for us at BVEC. It was probably the biggest single project that we’ve worked on as a business and we’re hugely proud of the fact that it was completed to the very highest standard possible. If you do ever get a chance, book up and visit this hotel in Salcombe, it really is something quite special that Devon should rightly be proud of.

Give us a call today for a quote

BVEC (Beardsmore Veasey Electrical Contractors) has quickly and firmly embedded itself as one of the leading electrical contractors within Torbay and South Devon. We offer a wide range of services, specialising in both Commerical and Residential sectors. 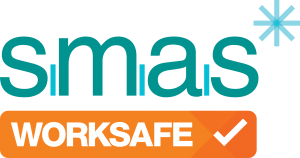 BVEC is a trading name of Beardsmore and Veasey Electrical Contractors Ltd. Company reg in England 08963788